“Over 300 Years Of Masonic Ritual” 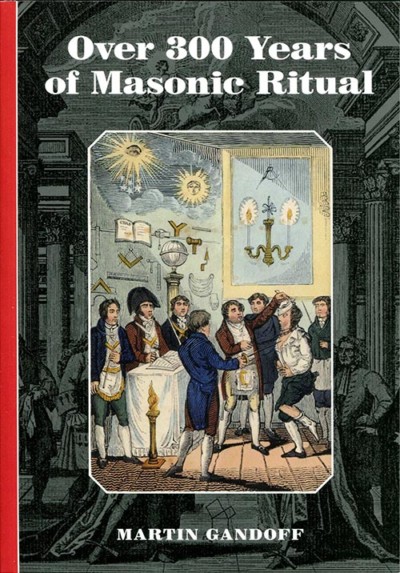 British Freemasonry is celebrating 300 years of the founding of the Premier Grand Lodge this year. Quite a bit of history has happened in those intervening years and even more leading up to that momentous year of 1717. It is a bit of a mystery as to how Freemasonry went from “operative” or working Masonry to “speculative” or philosophical Masonry. Even more of a conundrum is how the ritual developed and changed into what is practiced today. Brother Gandoff, a British Freemason for more than 30 years, has taken his intellectual curiosity and tries to make some sense of it all.

Brother Gandoff opens the book with a brief chapter re-counting 1,800 years of British history. His justification is to give the reader a bit of historical context for the next chapters on the development of Freemasonry.

The chapters on Craft history are divided into segments of one or two hundred years each. Though the first chapter technically begins with the 1400s (1400-1620), Brother Gandoff actually begins with a brief history lesson of the early builders in the 13th and 14th centuries, how they were probably organized, and some of the early statutes that regulated them. With that behind him, he begins looking at the Old Charges, the “Regius Poem” being the most prominent one. Throughout his discourse, Brother Gandoff examines the evolution of Freemasonry, historical events and persons that influenced its development, how rituals changed over time, the “Moderns” and the “Ancients” and the union of these two Grand Lodges, ending with an examination of ritual variations found in the various U.K. jurisdictions.

After the reader has completed this book and his interest has just been whetted, the final chapter includes a helpful list of websites, trustworthy authors and research papers that will be of great interest to him, some of which can be found in The Masonic Library and Museum of Pennsylvania.

If you wish to borrow this book or any other found in the Library, please contact the library at 800-462-0430, ext. 1933, or just visit The Masonic Library & Museum online catalog. This book is also available for purchase at www.macoy.com.