If there’s news at the Masonic Library and Museum of Pennsylvania, you’ll find it here. We strive to bring you the latest happenings and updates about activities, events, exhibitions and services.

The Masonic Library and Museum, which maintains and preserves the historic Masonic Temple, is located at One North Broad Street, in Center City, Philadelphia, a few short steps from Philadelphia City Hall.

ABOUT THE MASONIC LIBRARY AND MUSEUM

The Masonic Library and Museum of Pennsylvania (Masonic Library and Museum) maintains and preserves the historic Masonic Temple, located at One North Broad Street, Philadelphia; operates the John Wanamaker Resource Center, a public circulating library and museum within the Masonic Temple; conducts educational programs for Pennsylvania Masons and the public concerning the history, philosophy and activities of Freemasonry; and restores, preserves and maintains monuments representing the heritage of Freemasonry throughout Pennsylvania.

The Masonic Temple in Philadelphia was constructed in 1873. It has been called one of the great “wonders” of the Masonic world. Adorned with some of the finest artifacts of Freemasonry and magnificent lodge rooms based on themes of the ancient architectural world, the Masonic Temple displays historical Masonic traditions and values. For more information on the Temple, visit here.

Located within the Temple is the Wanamaker Resource Center, which houses thousands of texts and artifacts relating to the history of the Masonic fraternity in Pennsylvania and beyond. Founded in 1908, the center was dedicated by Brother John Wanamaker, a prominent Philadelphia merchant who served as the first Chairman of the Library Committee. The center’s collection consists of more than 30,000 items. Some of these include Brother George Washington’s Masonic Apron, which was presented to the Grand Lodge of Pennsylvania in 1829 by the Washington Benevolent Society; two letters in Washington’s own hand, addressed to his Masonic brethren; and Brother Benjamin Franklin’s Masonic sash, worn in 1782, when he was Venerable (Worshipful Master) of the Loge des Neuf Soeurs (Lodge of the Nine Sisters or Muses) in Paris and when he guided Brother Voltaire. For more information on the center’s artifacts, visit here.

The center has one of the finest collections of books and Masonic records for the study of Freemasonry. The importance of collecting and cataloging seminal works in the history of Freemasonry has remained a focus of the institution since its inception. Housed within the stacks are thousands of volumes covering all aspects of Freemasonry and its history, philosophy and contributions to civil society. The center is a place of interest for members and academics alike, providing research and lending services in an effort to advance knowledge and understanding of the fraternity, its meanings and its place in history. One of the center’s prize possessions is an incunabulum, or book printed before Dec. 31, 1499. For more information on the collections of books and records housed within the John Wannamaker Resource Center, visit here.

The Fraternity of Free and Accepted Masons is the oldest, largest and most widely known fraternal organization in the world. In 1717, the first formal organization was formed when four lodges joined to become the Grand Lodge of England in London. Freemasonry spread to many countries, including the United States. By 1731, the Grand Lodge of Pennsylvania was formed. Members must be men, at least 18 years of age and of good moral character. Freemasonry is not a religion; it only requires that its members believe in a Supreme Being. Discussing politics or religion is forbidden in lodge. There is no national governing body for Freemasonry in the United States; each jurisdiction (state) governs itself independently. Today, there are more than 90,000 Freemasons in Pennsylvania, more than 1.1 million Freemasons in North America and more than two million around the world. To learn more, visit https://pagrandlodge.org/.

Access our official logos in JPG and EPS format, as well as our guidelines for using the brand assets. 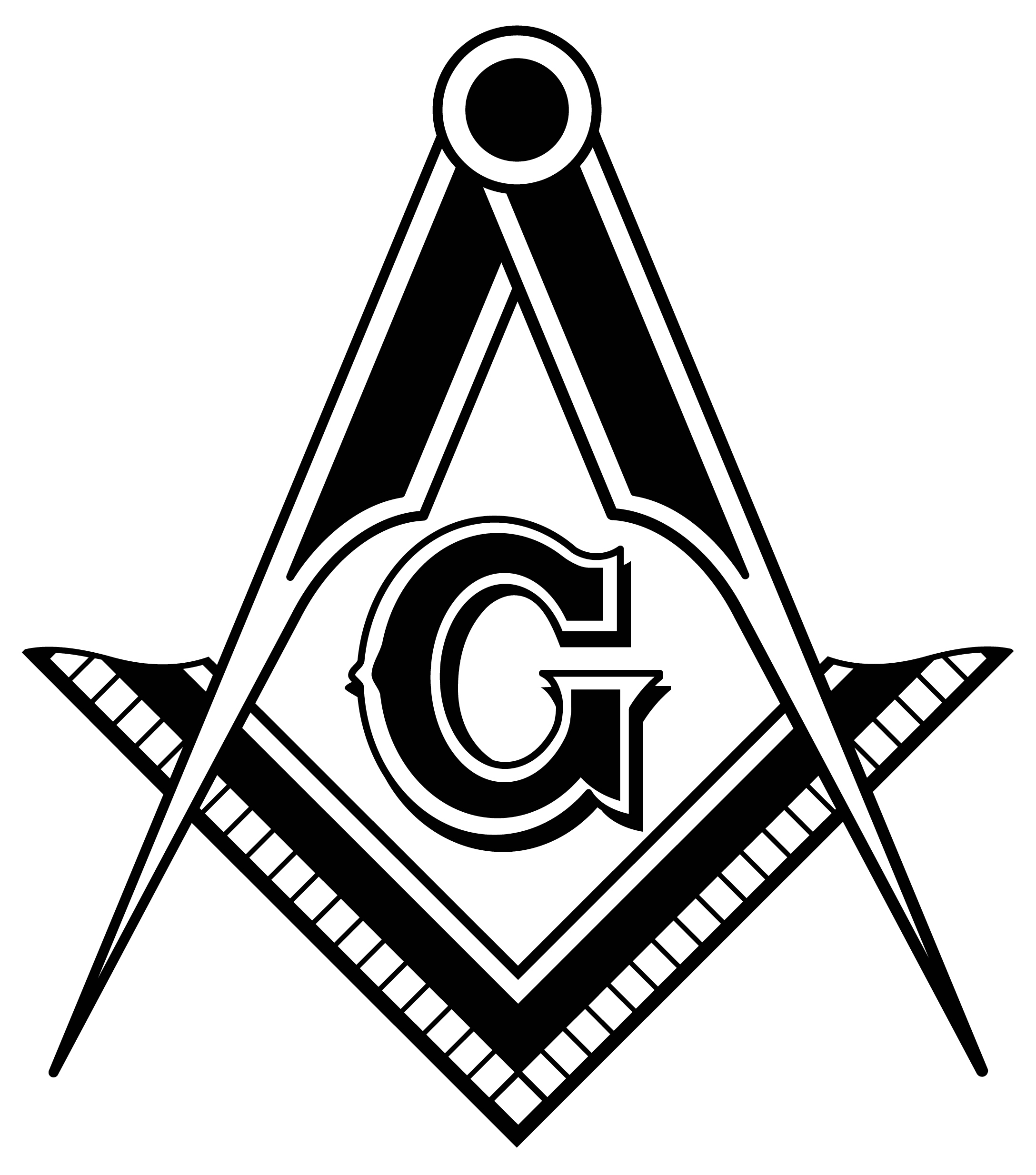 The Museum’s collection consists of more than 30,000 items, including Brother George Washington’s Masonic Apron, which was presented to the Grand Lodge of Pennsylvania in 1829, and Brother Benjamin Franklin’s Masonic Sash.

View Masonic artifacts in the museum 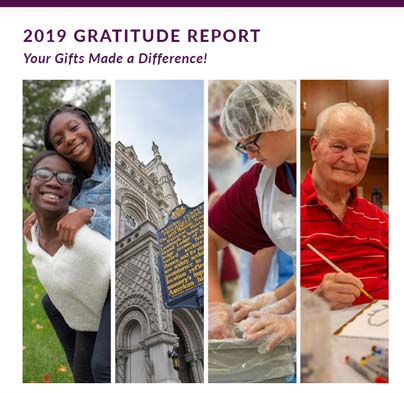 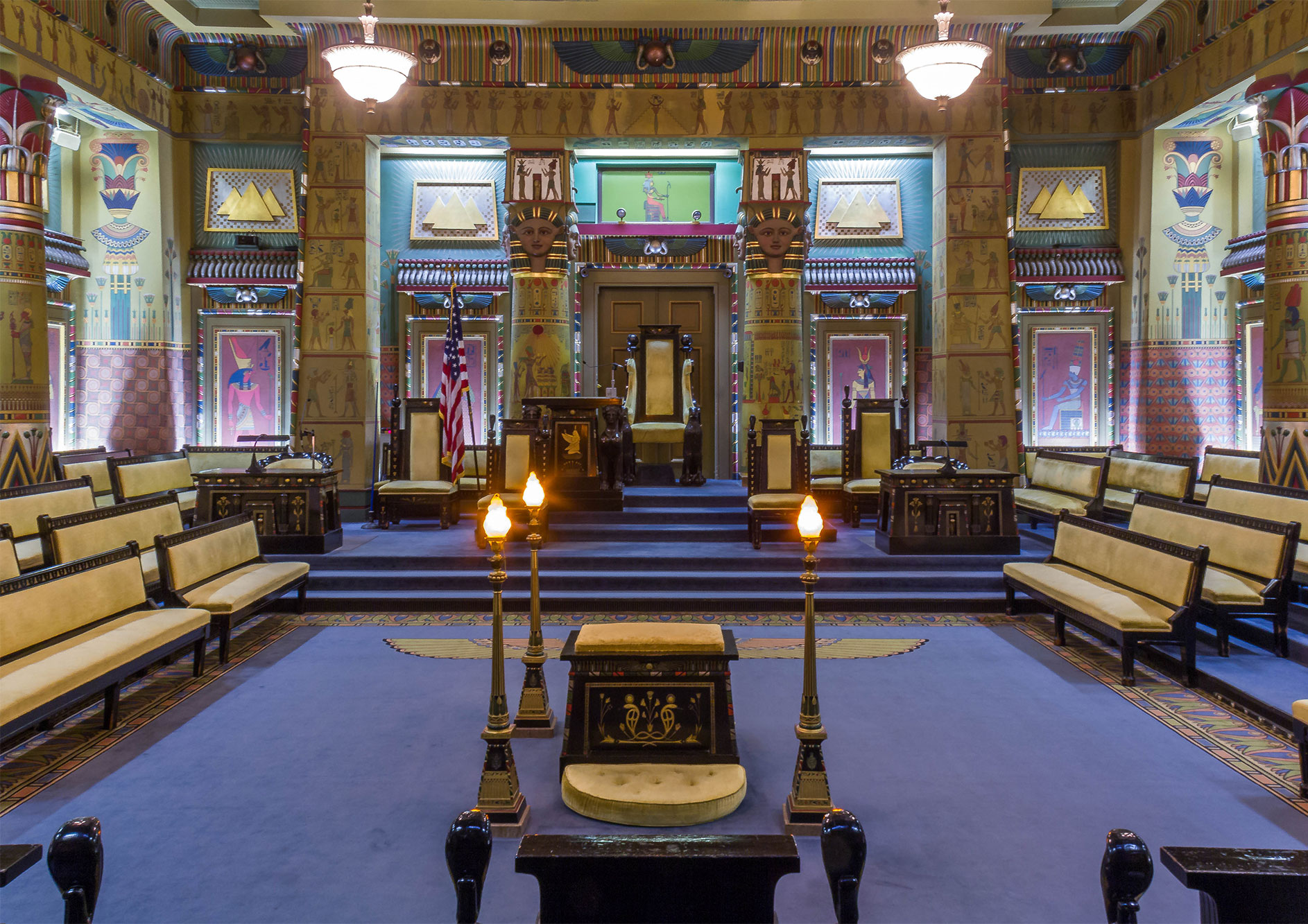 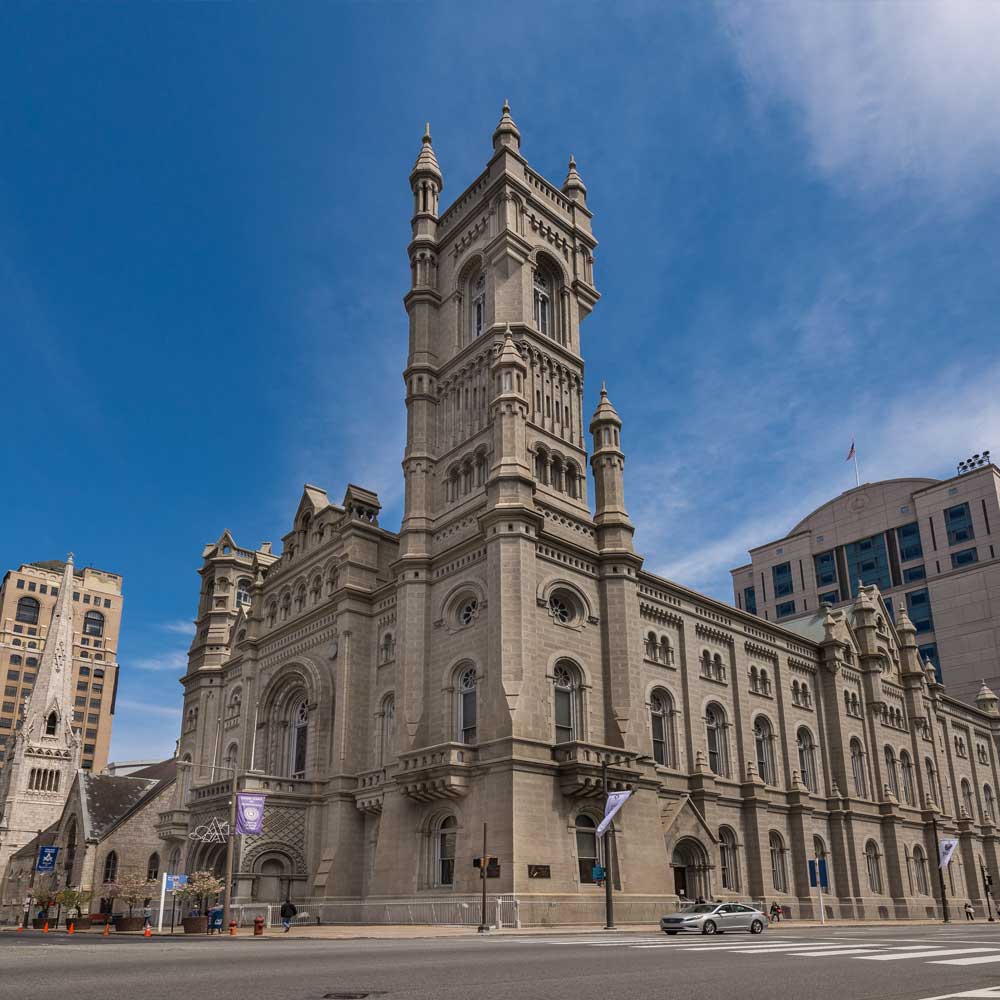 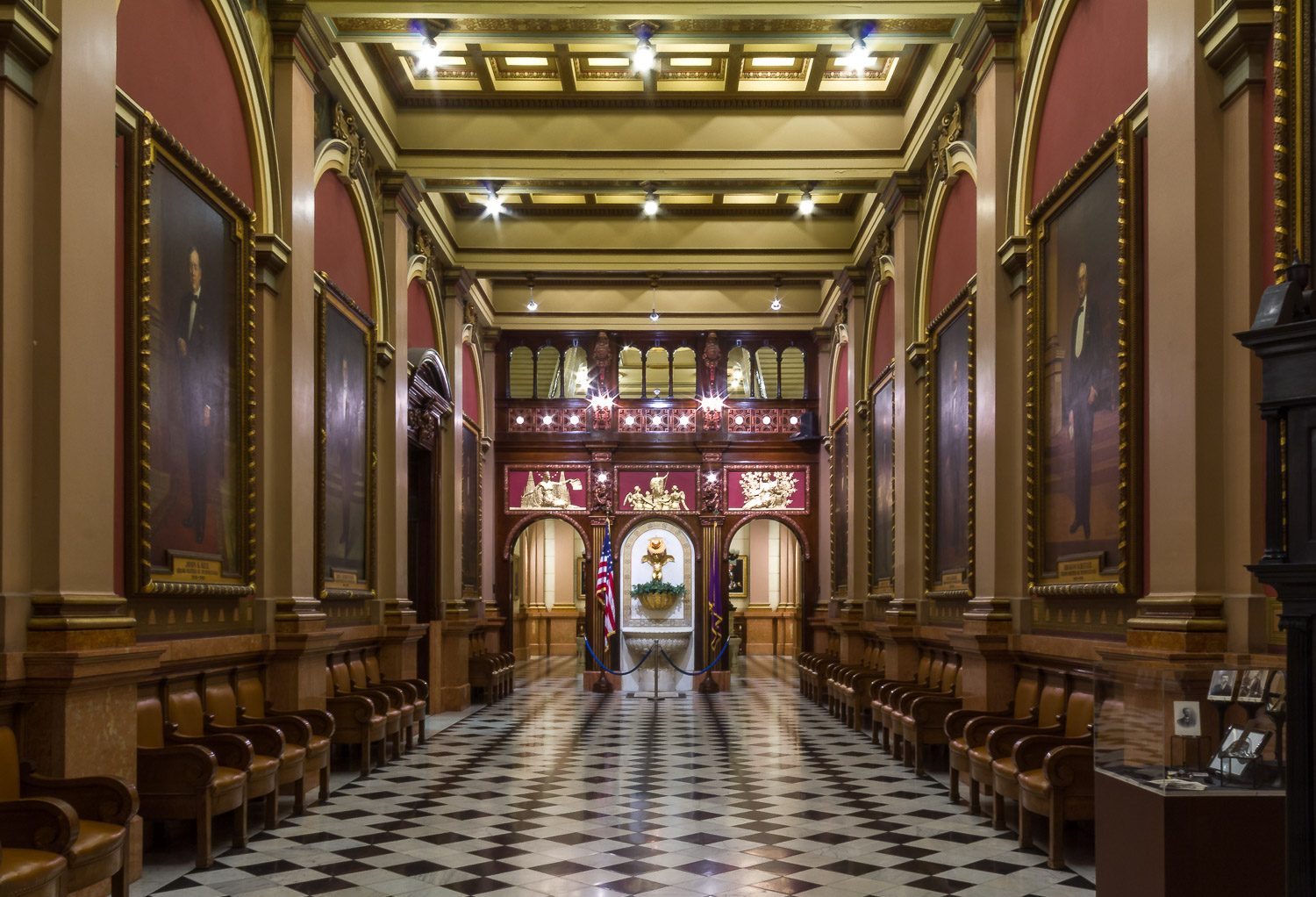 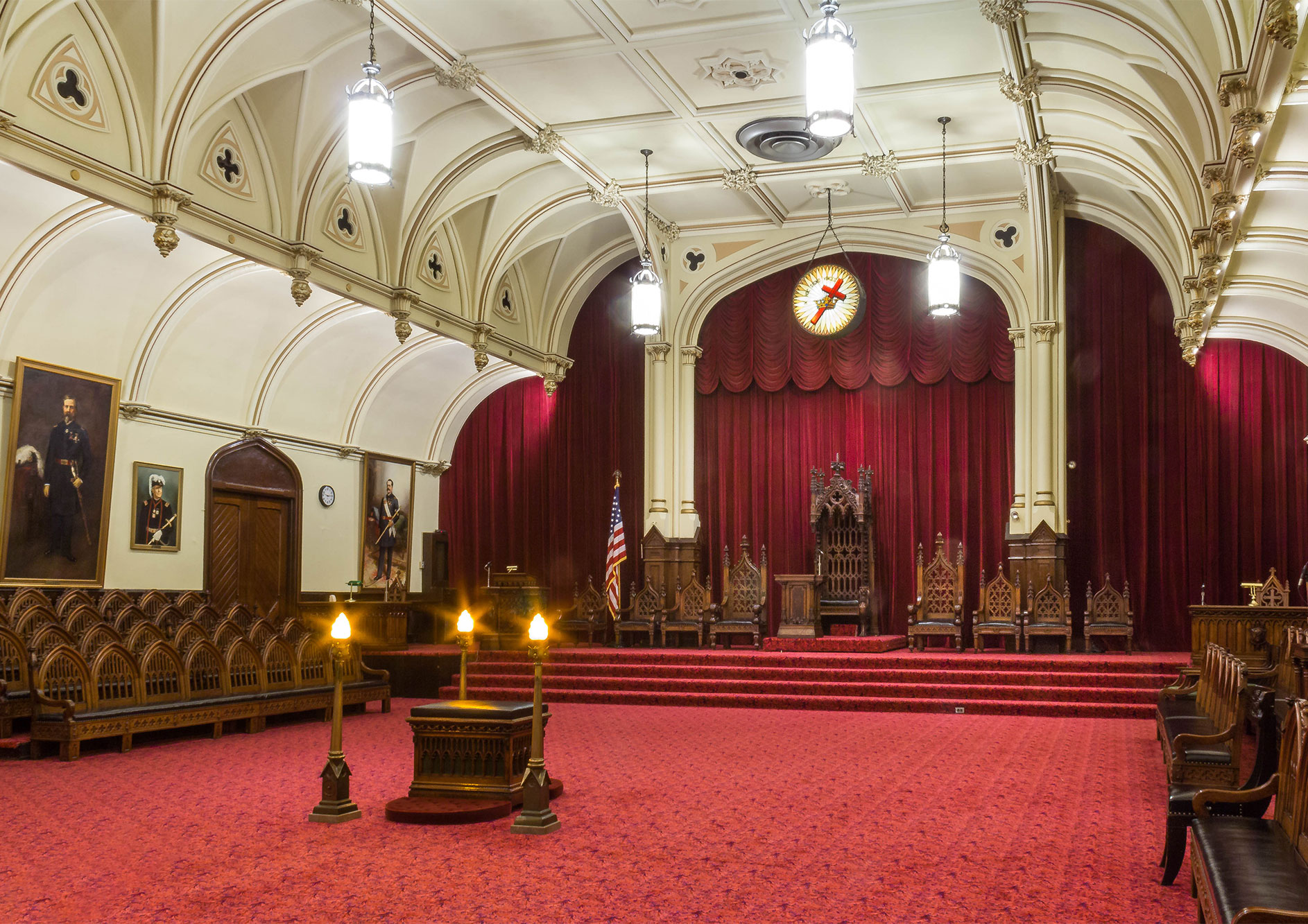 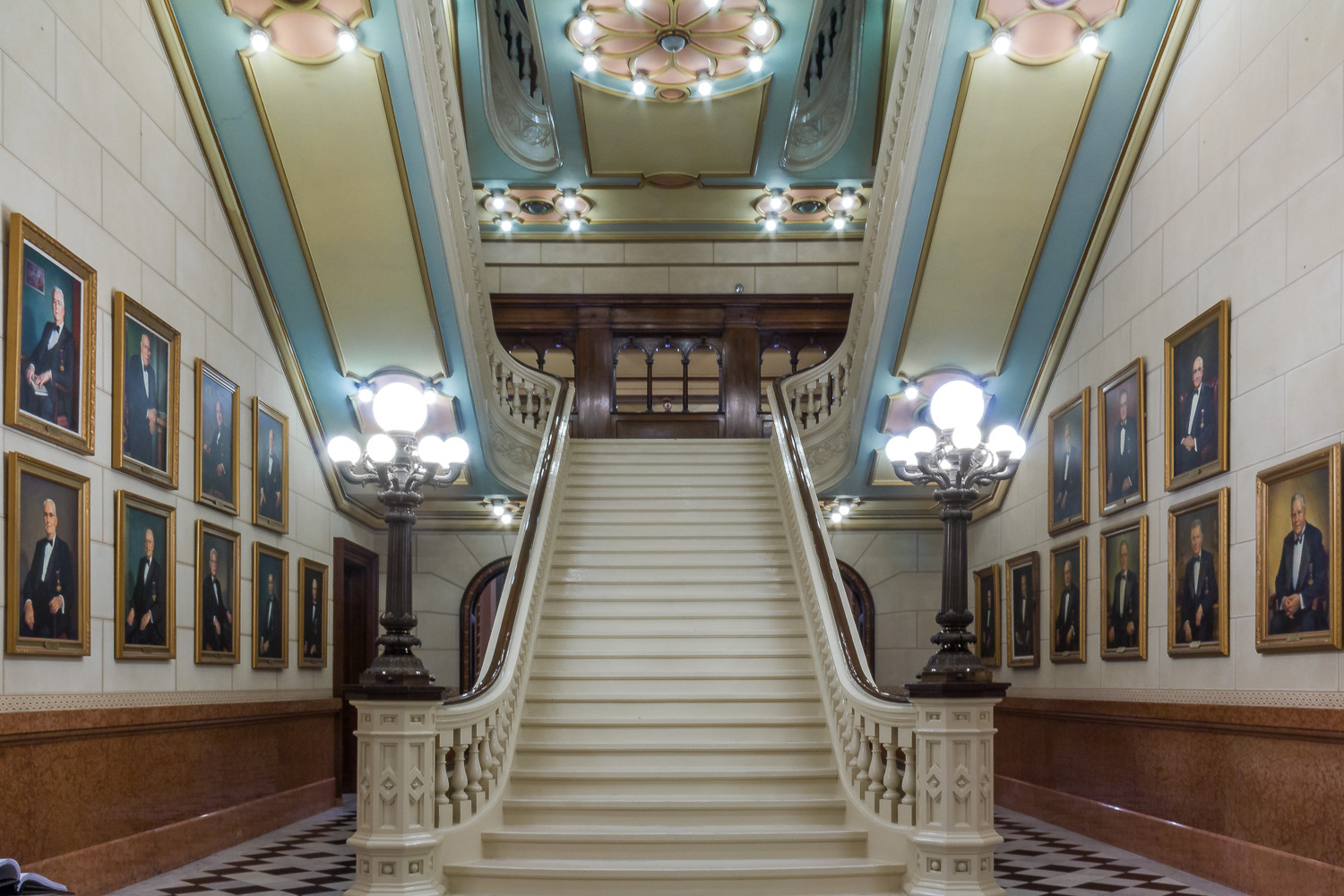 Anyone who wishes to film at the Masonic Library and Museum for commercial, non-news purposes please contact Executive Director Mike McKee at MMcKee@pagrandlodge.org.

Members of the media may request images to accompany media coverage of the Masonic Library and Museum’s special exhibitions and its collection by contacting Michele Besso at mbesso@masonicvillages.org.

All requests to reproduce works from our permanent collection in publications must be submitted through the Masonic Temple office.

To schedule or arrange events and weddings at ONE North Broad, the Masonic Temple’s event venue, visit here.